The city of Lemgo lies in the heart of the Lippe region of North Rhine Westphalia. It has a population of 43,000 and is located approximately 15km east of the Teutoberg Forest. More than 800,000 people live in a radius of 25 km around Lemgo.

During the period of the Hansa, Lemgo was bustling with life. This tradition is maintained to this day during the weekly markets that attract locals to the lovely market square on Wednesdays and Saturdays.

The "The Stone Hall", as the market square of Lemgo is called is a great place to meet and experience the rich culture that Lemgo has to offer. During the summer, the market square is often filled with people participating in the "Sommertreff", which is marked by various outdoor cultural events.

Sports fans will feel quite at home in Lemgo. Notable Lemgo teams include the Federal Handball League team TBV Lemgo as well as its national champion Artistic cycling team.

The youth and students of the Ostwestfalen-Lippe University of Applied Sciences with a colourful assortment of bands and musical events.

For those interested in culture, Lemgo offers many museums, concerts, etc. 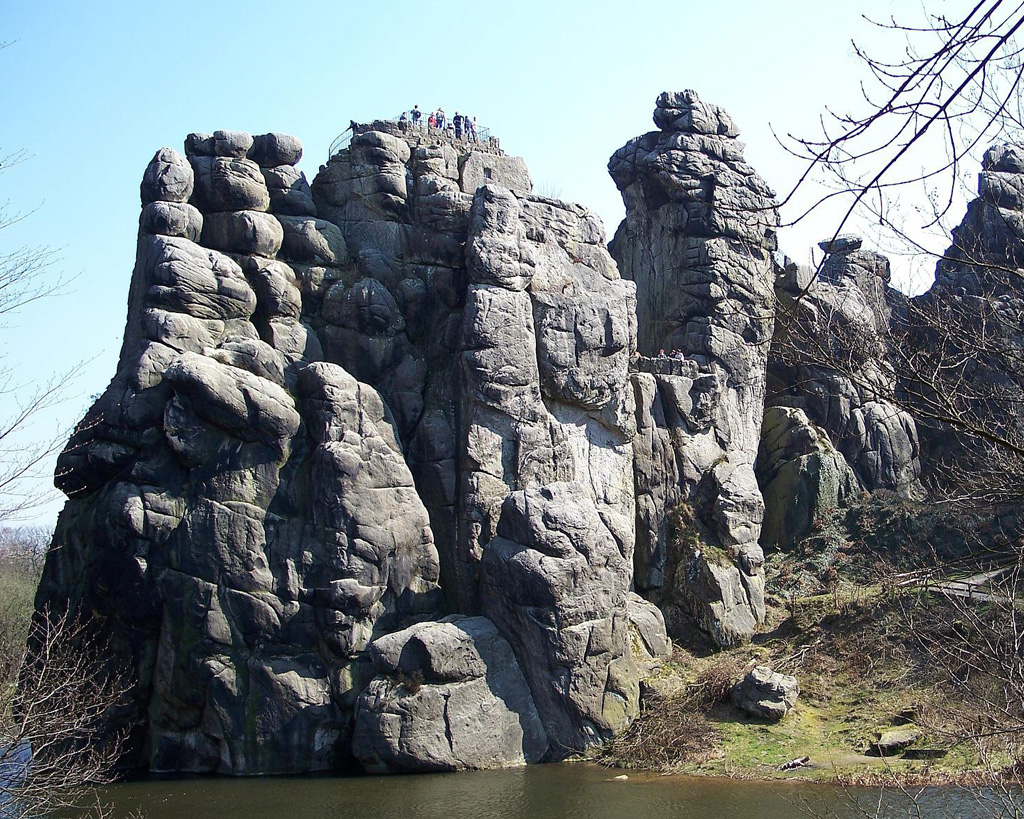 Ostwestfalen-Lippe (OWL) is the eastern region of the German state of North Rhine-Westphalia with a population of about two million inhabitants. OWL is one of the strongest economic areas of Germany and the no.2 region of machine- and plant-engineering in Germany. Some major globally operating companies are headquartered in the region, for example Bertelsmann, Miele, Dr. Oetker, Melitta, Gerry Weber, DMG Mori Aktiengesellschaft, Schüco, Wincor Nixdorf, Phoenix Contact, Weidmüller and Claas. In 2012 OWL became Germans BMBF Leading Edge Technology Cluster for intelligent Technical Systems (it's OWL), which is currently the largest public funded project in the context of the government initiative "Industry 4.0". Universities are located in Bielefeld, Paderborn and Lemgo. The Fraunhofer Society is engaged in OWL in Lemgo and Paderborn. The Teutoburg Forest stretches across the region. It is the supposed site of the Battle of the Teutoburg Forest in the year 9 AD, where an alliance of Germanic tribes defeated a Roman army. In 1875, a statue was unveiled of the commander Arminius, who led the Germanics to victory at the battle. This statue, the Hermannsdenkmal, is one of the best-known sights in OWL.

The Hermannsdenkmal Monument is located in the Teutoburg Forest and is one of the main landmarks of Detmold and the whole region. The monument is 53,5 m high and commemorates the famous Varus battle of the Teutoburg Forest in which Germanic tribes under Arminius recorded a decisive victory over three Roman legions under Varus in 9 AD. The victory of the German tribes had a major influence on the further development of the Roman empire towards the northern part of Germany. The monument is build on a large defensive earth and stone ring from old Germanic fortifications. It provides a plateau of 500 m long and 400 m wide. It was built in the 19th century by the architect Ernst von Bandel and took 37 years to be completed. Köterberg rises in the nature park Teutoburger Wald/Eggegebirge. At 495.8m, Köterberg is the highest peak in the region

In 1814 Wilhelm Grimm climbed Köterberg. In 1816, in their German Sagas, the Brothers Grimm also call Köterberg Götzenberg, because the gods of the pagans were adored there. Their fairy tale „The Three Little Birds“ is also set there.

Köterberg was a station of the Prussian optical telegraph, which connected Berlin and Koblenz by news from 1832 to 1849. In 1929, the tower was blown up.

The transmitters on Köterberg served as military radio also for the directional radio link to West Berlin by Troposcatter and between the transmitters on Bocksberg and Rothwesten as well as Dörenberg. Its infrastructure was also carried out until 1989 by the U.S. Department of Commerce an 18-month test for Digital Microwave Transmission Network Performance and Propagation Measurement (Digital European Backbone)

The Externsteine are a distinctive rock formation located not far from the city of Detmold. The rock formation is a tor consisting of several tall, narrow columns of rocks which rise abruptly from the surrounding wooded hills. The name probably means "stones of the Egge". The Externsteine were a centre of religious activity for the Teutonic peoples and their predecessors prior to the arrival of Christianity in northern Europe. At the top of the tallest stone a chamber can be found, probably used for sacrifices formerly. One wall has a circular hole cut into it which is some form of calendar. On the exact day each year, when summer turns to winter, the sun shines exactly onto this hole.